Hear the Dust Blow recalls the devastating dust storms that destroyed dozens of towns in Oklahoma and Northern Texas, as depicted in John Steinbeck’s seminal 1939 novel The Grapes of Wrath. Millions of people abandoned their homesteads and headed to California in what became the largest migration in American history. I have recast the old American folk song, “Down in the Valley,” and created music which alternates between a melancholy Dust Bowl lament and a celebration of a better life to come in the “promised land” of California.
~Michael Daugherty (from the liner notes)

WORLD PREMIERE OF MICHAEL DAUGHERTY’S FIFTEEN: SYMPHONIC FANTASY ON THE ART OF ANDY WARHOL FOR ORCHESTRA (2022)

Watch the video to see the full score and hear to hear a digital music rendering (view in HD 1080p).

GRAMMY Award-winning composer Michael Daugherty first came to international attention when his Metropolis Symphony was performed by the Baltimore Symphony Orchestra, conducted by David Zinman, at Carnegie Hall in 1994 and subsequently recorded by Decca/Argo. Since then, Daugherty’s music has entered orchestral, band and chamber music repertoire and made him, according to the League of American Orchestras, one of the ten most-performed American composers of concert music today. His music has received six GRAMMY Awards, including Best Contemporary Classical Composition in 2010 for Deus ex Machina for piano and orchestra and in 2016 for Tales of Hemingway for cello and orchestra.

Born in 1954 in Cedar Rapids, Iowa, Daugherty is the oldest of five brothers, all professional musicians. They grew up in a musical household, with a father who played the drums in dance bands and a mother who sang in musical theater productions. As a young man, Daugherty studied composition with many of the preeminent composers of the 20th century including Jacob Druckman, Earle Brown, Bernard Rands and Roger Reynolds at Yale University (1980-82), Betsy Jolas at the Paris Conservatory and Pierre Boulez at IRCAM in Paris (1979-80), and György Ligeti in Hamburg (1982-84). From 1980-82, Daugherty was also an assistant to jazz arranger Gil Evans in New York.

After teaching from 1986 to 1991 at the Oberlin Conservatory of Music in Oberlin, Ohio, Daugherty became Professor of Composition at the University of Michigan School of Music, Theatre and Dance in Ann Arbor, Michigan, where he is a mentor to many of today’s most talented young composers. Daugherty is also a frequent guest of professional orchestras, festivals, universities and conservatories around the world. Daugherty’s music is published by Peermusic Classical/Faber Music, Boosey & Hawkes and since 2010 by Michael Daugherty Music.

Six Riffs after Ovid (2021) for solo oboe was commissioned by Bang on a Can, and premiered on a Bang on a Can Marathon in April 18, 2021 by oboist Titus Underwood.

My composition is inspired by The Metamorphoses, written by the Roman poet Ovid in 8 AD. Like Six Metamorphoses after Ovid for solo oboe, composed in 1951 by the English composer Benjamin Britten, I have selected six characters from Ovid’s epic poem:

Pan, who played on a reed pipe; Phaeton, who rode the chariot of the sun and was struck down by a thunderbolt; Niobe, who lamented the death of her children and was turned into a mountain; Bacchus, who revelled at drunken feasts; Narcissus, who fell in love with his own image and turned into a flower;  and Arethusa, who was turned into a fountain.

NAXOS RELEASES MICHAEL DAUGHERTY’S THIS LAND SINGS: INSPIRED BY THE LIFE AND TIMES OF WOODY GUTHRIE

“During these times of turbulence and uncertainty, I think back to the songwriter and political activist Woody Guthrie, who traveled across America with his guitar and harmonica to perform songs of hope and social justice during the Great Depression and World War II. As a musical tribute to this Dust Bowl troubadour, I have composed This Land Sings: Inspired by the Life and Times of Woody Guthrie, a song cycle with 17 original vocal and instrumental numbers, like a Grand Ole Opry radio broadcast. It is my hope that this Naxos recording, featuring the Albany Symphony’s new music ensemble Dogs of Desire, will remind us that music can spark greater awareness and bring about meaningful change.”

Listen on Spotify
Purchase on Amazon
Listen on Apple Music

Michael Daugherty – ‘This Land Sings: Inspired by the Life and Times of Woody Guthrie’ (excerpt): 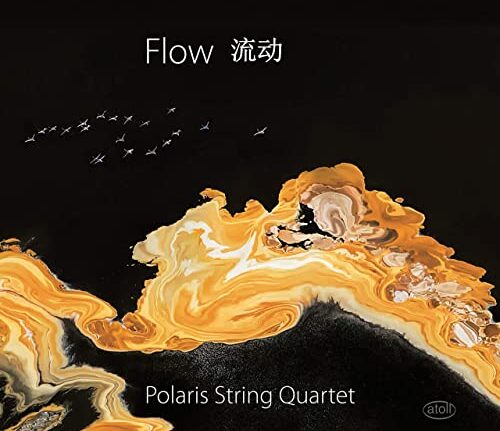 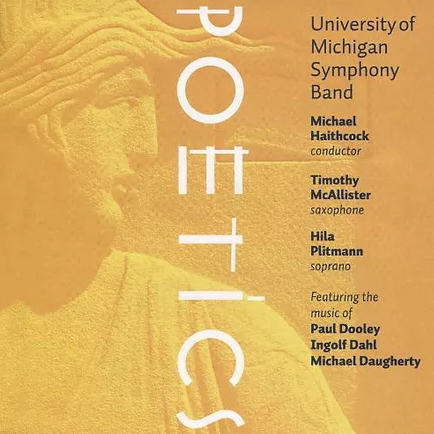 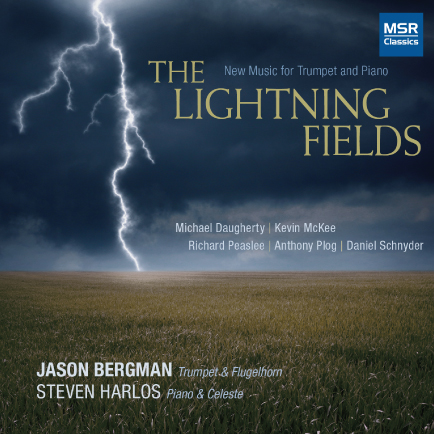 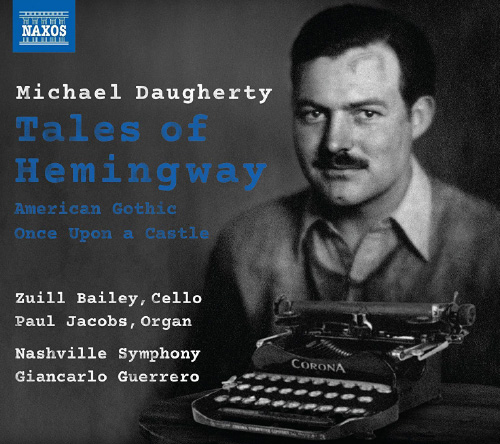 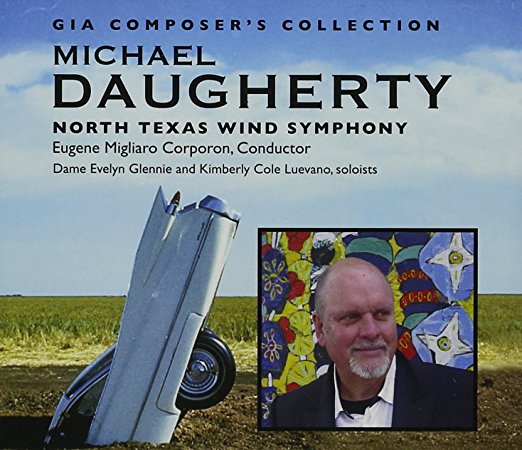 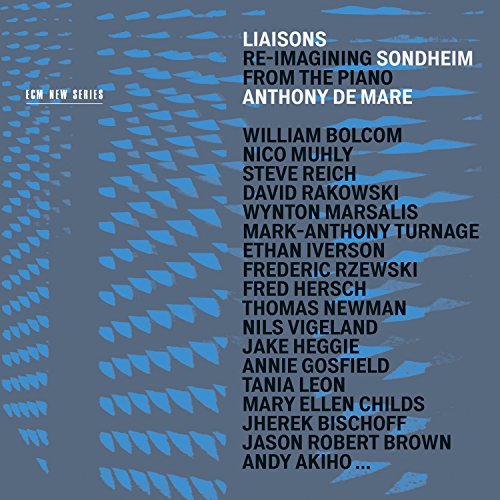 Liaisons: Re-Imagining Sondheim from the Piano 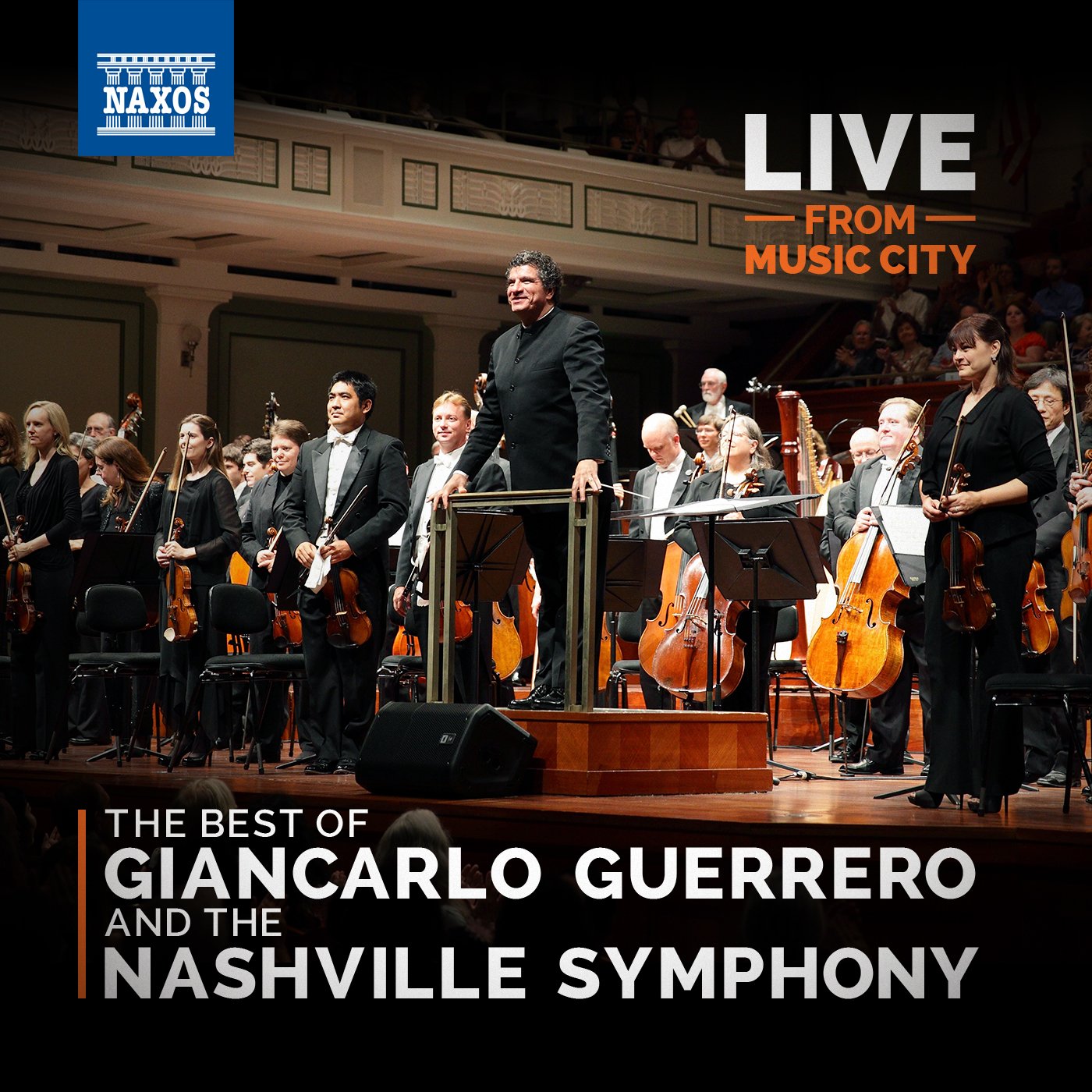 LIVE from Music City: The Best of Giancarlo Guerrero and The Nashville Symphony